For many years now, El Toreo, an old bullring was an emblematic place known for being a meeting point that adjoined the four roads, over time and due to the little interest in bulls by people, this it was gradually being abandoned. After a large assembly operation in the territory by Grupo Danhos, who acquired a land of 46,000 square meters, the construction of this large complex began.

The site is located along the new elevated highway that connects the north and south of Mexico City on the 55-kilometer road, serving almost all upper and middle-income residents of the northern part of the Valley of Mexico. who are the people who interact with advertising in Toreo.

The project includes an exclusive shopping center with the best stores, office spaces and a hotel, a very vast complex to generate publicity in Toreo, this center is considered by some to be one of the largest in Latin America and probably the largest in Mexico.

The president of this nation, Mr. Enrique Peña Nieto, led the inauguration of this in his own words, Toreo Parque Central is a commitment to those who believe in Mexico and who put their talent, and their investment in our country.

Toreo Parque Central is part of an architectural project in which a total investment of more than 12 billion pesos was made, the president of the Mexican Republic said that entrepreneurs are the engine of the economic and social development of the country.

In this regard, Cattri stands out with the initiative to offer advertising in Toreo, just as Mexico stands out as a leader in the construction of shopping centers in Latin America with already 584 establishments.

This shopping center is open every day of the week starting as the first day on Monday, the hours it has is 11:00 at opening and 21:00 at closing enough to satisfy the very location where there is a large and varied influx of people. The exact address: Blvd. Manuel Ávila Camacho 5, Lomas de Sotelo, CP 53390 Naucalpan de Juárez, State of Mexico.

The project developed by Grupo Danhos, a complex of more than 473 thousand square meters with five floors and 201 commercial premises, has already been in full operation since 2015

“Toreo central park represents a private investment classified as one of the most important of the entity, a strategic space that has become an icon in the metropolitan area and an essential place to generate advertising projects in Toreo“

The spaces that we have available for advertising in Bullfighting Central Park are very varied below, the names and some photographs are shown in the images so that the spaces in their environment can be viewed. 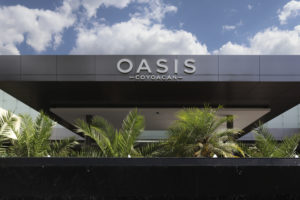 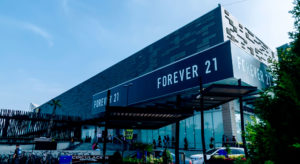 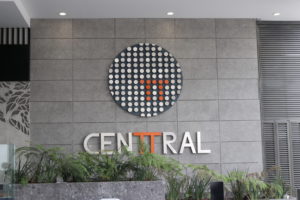